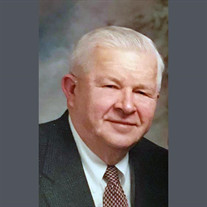 Ahto Kivi of Lansdowne, Virginia, passed away peacefully on Saturday, November 10, 2018, at the age of 86, at the Loudoun County INOVA Hospital; surrounded by his loving family. Ahto was born in Estonia in 1932. As a young boy, Ahto survived the Soviet invasion of Estonia in 1941 and left his home country with his mother, Helmi Kivi and sister, Ene in 1944. Ahto’s father, Hugo Kivi, a Police Constable and violinist/choir director, became a political prisoner following the Soviet invasion of Estonia in 1941, and was sent to Siberia. After fleeing Estonia, Ahto and his family resided in several towns in Germany during World War II (WWII), before ending up in a displaced persons camp in Augsburg, Germany, where they lived with other Estonian families and created lifelong connections. During the war, he read voraciously, joined the Estonian boy scouts, and secured odd jobs to help care for his mother and sister. He was a man of strong faith and always expressed his gratitude to God. He was thankful for the liberation by the American Army, who helped them evacuate to the American occupation zone and to safety. Eventually immigrating to America in 1950, Ahto volunteered for the U.S. Air Force in 1951 earning one of the highest scores recorded at that time on the U.S. Air Force Entrance Exam. He served his new country for four years during the Korean War at several U.S. Air Force bases within the United States and Japan. Upon his honorable discharge from the U.S. Air Force, he entered the University of Maryland, where he obtained a degree in Electrical Engineering in 1959 and was inducted into Eta Kappa Nu, Tau Beta Pi, and Phi Kappa Phi honor societies for his academic excellence. His handsome looks and warm smile captured the heart of Ruby Janet of Smithsburg, Maryland, and they were married in 1958. While working and raising their family, Ahto obtained his Master’s Degree in Electrical Engineering from Stephen’s Institute of Technology in 1965. Throughout Ahto’s professional engineering career, he was employed by several companies such as Bell Laboratories, General Electric, and the U.S. Army Corp of Engineers. Eventually, Ahto retired at age 72, with 37 years of U.S. Government service, from the U.S. Department of State in 2004. He had a special respect and admiration for the U.S. Marine Embassy Security Guards, who provided his safety during his travels to various U.S. Embassies overseas. Ahto travelled extensively throughout the world, both for business and recreation. He visited over 20 countries during his lifetime and eventually returned to visit a freed Estonia in 1999. However, he was happiest when surrounded by family. He was a U.S. History enthusiast, who enjoyed visiting historic sites and reading about the American Revolutionary War and American Civil War. He also liked to play bridge and pinochle when time permitted. Ahto enjoyed playing and watching soccer since his early years in Europe. He was involved in coaching and officiating soccer for many years in Northern Virginia, and was the Assistant Coach for the Fairfax Police Youth Club (Phoenix soccer team/and several BRYC teams). Ahto volunteered his time for several years as a Judge for the Fairfax County Public Schools science fair. He enjoyed all types of great food, opera, and classical music. Ahto was a member of St. Paul’s Lutheran Church in Falls Church, Virginia for 30+ years and Our Savior’s Way Lutheran Church in Ashburn, Virginia for 10+ years. Ahto is survived by his wife of 60 years, Janet, his sister, Ene Poua, children; Linda Kivi Porter, Carolyn Nulf (Jeffery), Paul Kivi (Beth); 4 grandchildren, Peyton Kivi (daughter of Paul and Meredith Kivi), Michelle Bean, Matthew and Kylie Nulf; two great grandchildren, Aiden Bohince and Dylan Bean and a host of beloved nieces and nephews. Ahto will always remain a bright light in the heart of the Kivi family and will be sorely missed. A celebration of life service will be held on December 9, 2018, at 1:30 pm at Our Savior’s Way Lutheran Church in Ashburn, Virginia. Interment will be in Arlington National Cemetery at a date and time to be determined. The family requests that in lieu of flowers, donations be made to the Estonian Relief Committee, Inc., 243 East 34th Street, New York, NY 10016; the Estonian American National Council, Inc., 1420 Locust Street, Suite 31N, Philadelphia, PA 19102 or Our Savior’s Way Lutheran Church, located at 43115 Waxpool Road, Ashburn, Virginia 20148. Please share online condolences with the family at www.loudounfuneralchapel.com

Ahto Kivi of Lansdowne, Virginia, passed away peacefully on Saturday, November 10, 2018, at the age of 86, at the Loudoun County INOVA Hospital; surrounded by his loving family. Ahto was born in Estonia in 1932. As a young boy, Ahto survived... View Obituary & Service Information

The family of Ahto Kivi created this Life Tributes page to make it easy to share your memories.

Ahto Kivi of Lansdowne, Virginia, passed away peacefully on Saturday,...

Send flowers to the Kivi family.