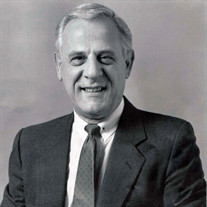 Albert (Al) Joseph Gravallese was born in Boston, MA September 21, 1932 while residing in Medford, MA. He also lived in Winchester, MA, San Diego and Oakland, CA, Cincinnati, OH, as well as Washington, DC; Arlington, Leesburg, and Basye, VA. He was the son of Albert and Celia (Tirella) Gravallese and the brother of Camille Gravallese and Ronald Gravallese (deceased) of Winchester, MA and attended Medford High School. He and his wife of 37 years, Virginia (Wildnauer) Gravallese, live in Leesburg, VA. Al was married to Patricia (Gioiosa) Gravallese, deceased. Together they had four children: Burt Gravallese of Alexandria, VA, Julie Gravallese of Vienna, VA; Marc Gravallese of Arlington, VA; and Carla Martinese of Lowes Island, VA. He has 8 grandchildren – Chad (Tira), Darin (Katie), Aaron (Melissa), Jessica, Tara (Anthony), Sophia, Brandon, Eva and 3 great-grandchildren – Oliver, Cash, and Emmett. He also has 4 nieces and a nephew – Renee, Sal, Danielle (Ron), Nicole (Scott) and Elaine (Brye). Upon graduating cum laude from Tufts University in 1954 with a degree in Civil Engineering, he was employed by AV Taurasi Construction Company as a highway and bridge engineer. During the Korean War he enlisted in the Navy and received a commission as Ensign from Officer Candidate School (OCS) in Newport, RI. After serving on the USS Winston (AKA94) and teaching engineering at OCS in Newport, RI, he entered the Naval Reserve Civil Engineer Corps and was active for 31 years. His reserve command assignments included: Commanding Officer, Reserve Mobile Construction Twelve; Commanding Officer 7th Construction Regiment; Commanding Officer Construction Battalions Atlantic; and he retired as Chief of Staff, Reserve Naval Construction Force, a 17,000 strong force of officers and enlisted men and women. Following active duty with the Navy, he went to work at AVCO R&D Corporation, a major aerospace firm as a thermo structural engineer designing ICBM and nuclear warhead penetration aids. During this period, he studied thermo mechanical engineering for his Master’s degree at Northeastern University and was selected to go to MIT as a Sloan Fellow to earn a Master of Science degree in Management at the MIT Alfred P. Sloan School of Management. After 15 years at AVCO he was appointed to be Deputy Assistant Secretary for Environment and Urban Systems at the U.S. Department of Transportation in 1972. After his public service, he formed his own transportation consulting firm, PrimaTec. Several years later he merged with another transportation firm, Dynatrend Incorporated at which he became Chairman of the Board, brought the company public, and subsequently sold it to EG&G. In 1985 he joined Daniel, Mann, Johnson and Mendenhall (DMJM), a national engineering and architectural firm. He managed the entire eastern region and was the corporate principal-in-charge for the acquisition and execution of major federal projects including the renovation of the Pentagon; all capital improvements at Reagan and Dulles Airports; a new metro system in San Juan, Puerto Rico; design and construction of all Federal Job Corps Centers nationwide; National disaster assistance for FEMA; rail system connecting LaGuardia to Manhattan; and facilities design support for the FAA upgrades of the national navigational system. He retired from DMJM, an AECOM company, in 2001. AECOM is now a public corporation and the largest engineering firm in the country with worldwide offices. Al was a legacy stockholder of AECOM. His career honors include Eminent engineer Tau Beta Pi; MIT Sloan Fellow; Fellow, Society of American Military Engineers; Fellow, Construction Management Association of America; and received the Distinguished Service Award from the U.S. Department of Transportation as well as the President’s Award from DMJM. His civic activities include serving on the Board of Directors for The Society of American Military Engineers, The Construction Management Association of America, and Bryce Resort in Basye, VA; Chairman of the Architectural Covenants Committee for the River Creek Homeowner’s Association, a gated golf and tennis community in Leesburg, VA; and active member of the Knights of Columbus. His charitable activities include volunteering with Honor flights, Operation home Front for veterans as well as Loudoun Homeless Shelter, fund raising for the new St. John the Apostle Catholic church in Leesburg, VA, and Capital Caring Health. A visitation will be held at Loudoun Funeral Chapel on Monday, December 21 from 6pm to 8pm. A Catholic Mass will be held at St. John the Apostle Catholic Church in Leesburg, VA at 1:00pm which will be streamed online by the church's Facebook page here. In lieu of flowers a memorial donation can be made to: Capital Caring and to Saint John the Apostle Catholic Church.

The family of Albert Joseph Gravallese PE, FCMAA, FSAME created this Life Tributes page to make it easy to share your memories.