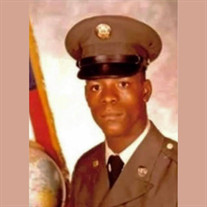 Anthony Martin, son of Naomi Martin (deceased) and Andy Fink (deceased), was born on September 26, 1952 at the JC Blair Memorial Hospital, Huntingdon, Pennsylvania. He was raised in Mount Union, Pennsylvania. Tony, as his family called him, was also known affectionately as “Stretch.” Tony attended the Mount Union Area Schools, Job Corp and was a veteran of the U.S. Army where he served in South Korea. He worked in various restaurants and grocery stores. Tony was called home on March 29, 2021. Tony was a person who lived his life on his own terms and danced to the beat of his own drum. He was a free spirited, fun-loving person who dearly loved his family. He was held in high esteem by his many nieces and nephews who referred to him as “Uncle Stretch”. He loved them and they loved him. Tony also loved his hometown of Mount Union and the many friends that he had there. Although he was living in Leesburg, Virginia, his heart was always in Mount Union. He loved to dance, play card games and dominoes with his friends, and watch cowboy movies. Tony was preceded in death by siblings Brenda Martin, George Wilson, James Martin, Jonathan Martin and Josamarie Colston. Left to grieve Tony’s passing is his son, Jesse Hammond, of Mount Union, Pennsylvania and his surviving siblings Marian Wilson, Phoenix, Arizona; Elsie Davis (Melvin), Otis Martin (Nadine), Robert Martin, Harrisburg, Pennsylvania; Bernice Martin, Leesburg, Virginia; Maggie Jean Martin, West Palm Beach, Florida; Deanna Martin (Brice), Sterling, Virginia; Joyce Posey (Rane’), Round Rock, Texas; and Tina Williams, Savannah, Georgia. He also leaves to mourn numerous nieces, nephews, cousins and friends. Tony will be missed deeply by his family and all who knew him. A memorial service celebrating his life will be held at the Mount Union Cemetery in Mount Union, Pennsylvania Saturday, April 17, 2021 at 1:30 PM.

Anthony Martin, son of Naomi Martin (deceased) and Andy Fink (deceased), was born on September 26, 1952 at the JC Blair Memorial Hospital, Huntingdon, Pennsylvania. He was raised in Mount Union, Pennsylvania. Tony, as his family called him,... View Obituary & Service Information

The family of Anthony "Uncle Stretch" Martin created this Life Tributes page to make it easy to share your memories.

Send flowers to the Martin family.