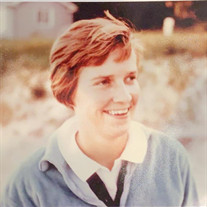 Barbara Wigdale Nelson died on April, 2, 2022, after a short illness while on vacation in Honolulu, HI. She was 82 years old. Barbie was born in Milwaukee, Wisconsin, on May 11, 1939, to Evelyn and Norman Wigdale. Her penchant for fun was evident from an early age. Whether getting stuck in the laundry chute while playing hide and seek or competing with her brother to see who could collect the most dandruff instead of doing their homework, Barbie would find fun in the most mundane endeavor. Her stories of growing up in Shorewood, WI, were legendary and foreshadowed the joie de vivre she displayed throughout her life. Barbie was introduced to her husband of nearly 60 years, Mike, by her brother Jim. After marrying in June 1962, they moved to RAF Lakenheath, England, the first of 18 moves over the next 36 years. Barbie quickly embraced the life of an Air Force fighter pilot’s wife, creating a legacy with Mike of integrity, Air Force pride, empathy and fun. Whether it was greeting dignitaries on the flight line, chairing an Officers’ Wives’ Club meeting or hosting a Come As You Are party, Barbie made people feel welcomed, at ease and valued. She could oversee a cross-country move with the confidence of a CEO and could juggle schedules like a logistics officer. Barbie is survived by her life-long partner, husband, and best friend, Lt. Gen. Michael A. Nelson, USAF, Retired. Barbie was the proud mother of four children, who also survive her: Wendy (Jim) Miller, Holly (Mike) Blais, Tracy (Chris) Herwig and Col. Michael A. Nelson, Jr., USAF, Retired (Becky). She also was the beloved Gama of eleven grandchildren: Blake (Sarah) Cain, Chandler (Sam) Zuehlsdorf, Brett (Sasha) Cain, Jackson (Sarah) Blais, Caleb Blais, 1 LT Brad Butcher, McKenna Butcher, Jake Butcher, Lindy Nelson, Michael Nelson and Catherine Nelson. She is also survived by her three great-grandchildren, Emerson Cain, Beckham Cain and Logan Zuehlsdorf, and by many loved and loving in-laws, nieces and nephews. She was preceded in death by her parents, her stepfather Edwin Gallun, and her brothers Norman Wigdale and James Wigdale. Barbie loved to travel with Mike and her family, the Green Bay Packers, sitting in the sun, boxed chardonnay, book club, sudoku, a good joke, Sendik’s fresh-squeezed orange juice, baking chocolate chip cookies, Red Hats, hanging a spoon on her nose, and stealing a bite of food from a neighboring plate with her telescoping dinner fork. It is well-established within the family that she could enter a checkout line alone and depart having established a new friend. Her greatest joy, however, was being with her growing family as the sun set at the beach on the Outer Banks of North Carolina. The family would like to thank the staff at Tripler Army Medical Center for their great care of Barbie while she was in the ICU, especially Dr. Danny Harris and Spc. Halee Dennison. Barbie will be greatly missed by many, but we are grateful for her love, care and influence on us all. She was one of a kind. A memorial service will be held to celebrate Barbie’s life on May 6, 2022, at The Woodlands at Algonkian, Sterling, VA at 1pm. Internment at Arlington National Cemetery will take place at a later date. In lieu of flowers, you may make a donation to the charity of your choice in Barbie’s name.

Barbara Wigdale Nelson died on April, 2, 2022, after a short illness while on vacation in Honolulu, HI. She was 82 years old. Barbie was born in Milwaukee, Wisconsin, on May 11, 1939, to Evelyn and Norman Wigdale. Her penchant for fun was evident... View Obituary & Service Information

The family of Barbara Wigdale "Barbie" Nelson created this Life Tributes page to make it easy to share your memories.

Send flowers to the Nelson family.