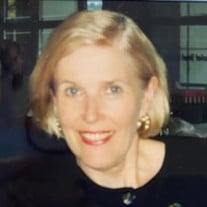 Carol E. Shafer, 87 of Ashburn, Virginia entered into eternal life on Wednesday, December 22, 2021, at Ashby Ponds. She was preceded in death by her loving husband of 62 years, William John Enoch Shafer in 2016. Carol was the devoted mother of five daughters: Suzanne Shafer of Spartanburg, SC, Cynthia MacMaster (David) of Oak Creek, CO, Kathleen Calder (Mike) of Leesburg, VA, Mary Armstrong (Jody) of Spartanburg, SC, and Tricia Langevin of Leesburg, VA and the proud grandmother of nine grandchildren and one great grandchild. She is survived by her brother Curtis Dahlstrom of Seattle, WA. Born November 13, 1934 in Frederic, Wisconsin, Carol was the loving daughter of the late Emmanuel and Rachael Dahlstrom. She graduated valedictorian from Unity High School in Balsam Lake, WI, 1952 and went on to receive her nursing degree from Macalester College. Carol, Bill and their growing family moved from coast to coast as Bill pursued his Naval Career. They settled in Fairfax, VA in 1969 when he was assigned to the Pentagon. While raising her family, Carol worked part time as a Registered Nurse. They resided in Mantua for 47 years. Carol’s faith was a grounding force throughout her life. She and Bill were actively involved in several Catholic parishes, most recently St. Mark in Vienna. A funeral Mass was held by the family Monday, December 27, 2021 at St. John the Apostle Catholic Church. Interment will be held privately in Arlington National Cemetery, Arlington, VA. In lieu of flowers, memorial donations may be made to Catholic Charities of the Diocese of Arlington, 200 N Glebe Road, Suite 811, Arlington, VA 22203. Online condolences may be made to the family at www.loudounfuneralchapel.com

Carol E. Shafer, 87 of Ashburn, Virginia entered into eternal life on Wednesday, December 22, 2021, at Ashby Ponds. She was preceded in death by her loving husband of 62 years, William John Enoch Shafer in 2016. Carol was the devoted mother... View Obituary & Service Information

The family of CAROL E. SHAFER created this Life Tributes page to make it easy to share your memories.

Send flowers to the SHAFER family.