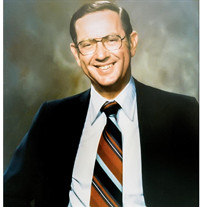 On Wednesday, October 3rd, 2018, Charles William Felix passed away at his cabin on the property of Saint Francis of Assisi Catholic Church in Raleigh, NC. He was 89 years old. Charlie was born on June 26th, 1929 in Bridgeport, Connecticut and grew up with his brother Jerry in Meriden, CT. On December 8th, 1954, Charlie was ordained a Catholic priest in Rome, Italy. He served as a priest for 18 years at Missionaries of Our Lady of La Salette. After leaving the priesthood, Charlie married Kathleen Skelley Felix on June 30th, 1967 in New York, NY. He earned a Master of Public Health from Yale University in 1969, and served 30 years at Foodservice & Packaging Institute where he was the founder and editor of Environmental News Digest, and a founding member of the National Conference for Food Protection. Following these roles, Charlie launched Charles Felix Associates which provided consulting services and also published newsletters Food Protection Report and Food Talk. He and wife Kathy led this sole proprietorship for 12 years before a successful sale. Charlie was an active member of Alcoholics Anonymous through which he co-founded several meeting groups, and attained 43 years of sobriety. Charlie enjoyed dessert (always!), photography, writing, public speaking, and travel, including a notable two week public health exchange trip through the former U.S.S.R. in 1986. He wrote a private memoir titled, “The Times of My Life” in which he passed along the following advice, “happiness comes of doing the right thing. It’s as simple as that. If you do the next right thing that life and your conscience calls you to do, you will be happy.” Charlie was preceded in death by his parents Ann Walsh Felix (1983) and Charles Emile Felix (1984) and and wife Kathleen Skelley Felix (2013). He is survived by his son Charles Andrew Felix, daughter-in-law Kendall Bambrough Felix, grandsons Kelley Canon Felix and Cosmo Canon Felix (Raleigh, NC), brother Jerome Felix (Ocala, FL), and many extended Felix and Skelley family members. Memorial services were held on October 5th, 2018 at St. Francis of Assisi in Raleigh, NC and will be held on October 11th at St. John the Apostle Catholic Church 55 Oakcrest Manor Drive Leesburg, VA20176. He will be buried at Union Cemetery alongside wife Kathy and his parents. In lieu of flowers the family requests donations be made to Duke HomeCare & Hospice Office of Development 4321 Medical Park Drive, Suite 101 Durham, NC 27704. https://dhch.duhs.duke.edu/make-donation which provided end of life care for both Charlie and Kathy Felix.

On Wednesday, October 3rd, 2018, Charles William Felix passed away at his cabin on the property of Saint Francis of Assisi Catholic Church in Raleigh, NC. He was 89 years old. Charlie was born on June 26th, 1929 in Bridgeport, Connecticut... View Obituary & Service Information

The family of Charles W. Felix created this Life Tributes page to make it easy to share your memories.

Send flowers to the Felix family.