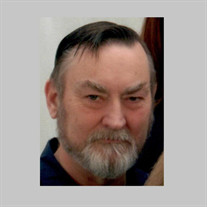 Charles Wayne "Chuck" Foster, was born May 1, 1946 in St. Louis, MO. His childhood memories fondly include the cotton fields near Bernie, Mo to graduating Valedictorian at Bernie High School and the many special friendships made during those... View Obituary & Service Information

The family of Charles Wayne Foster created this Life Tributes page to make it easy to share your memories.

Send flowers to the Foster family.