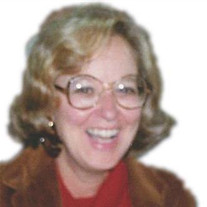 Ellen DeCourcy Obit Ruth Ellen Bradfield DeCourcy, age 84, died peacefully at her home near Lovettsville, VA Saturday, June 16, following complications from Parkinson’s disease. She was within four days of her 64th wedding anniversary. Gallant throughout her illness, Ellen was born and died at home—a rare occurrence in this day and age, according to her husband, John Spencer DeCourcy. Born on Jan. 18, 1934, to Edward Neville Bradfield and Ruth Crim Bradfield, Ellen grew up on Edwards Ferry Road in Leesburg, then known jokingly as ‘Banker’s Row’ in local parlance, she later told a friend. She was educated at the old Leesburg high school on North Street, now County Library Administration and the Leesburg Senior Center. Those were the days where you got your entire education in one location, and since both her mother and her aunt taught at the school, “she couldn’t get away with anything.” She attended Madison College, later James Madison University, in Harrisonburg. From a carefree childhood in Leesburg, subject only to a certain amount of tale-bearing by her grandmother, who lived in the old hotel, about the disgrace of “Ruth Ellen having been seen downtown in her shorts,” Ellen embarked on a life with her Foreign Service husband over a 20-year span that took her to many countries around the globe—a life that she took to like a duck to water. In that 20-year-span—she lived in such places as Cairo, Belgrade, Hamburg, Bonn, Kuala Lumpur in Malaysia and Lagos, Nigeria’s largest city—where her talents as a manager, a good organizer, and an exceptional hostess flowed freely. The work she did in the consular section of the Embassy was so appreciated by her bosses in the State Department they did not want her to leave. When the couple returned to the U.S. they retired to their house in Waterford—where she devoted herself to John and their four children. Her daughter, Anne, said “She was wonderful, she was always there when we came home from school [Waterford Elementary]” and took great interest in their progress, not to mention correcting their grammar. She had many interests. She loved to cook—her children remember “recipes hanging everywhere in the kitchen.” Her abiding passion was for needlepoint. “She was totally self-taught,” John recalled. She started out with a kit, found she loved it and was soon stitching beautiful designs on blank canvases from patterns. It became a lifelong occupation, and she would give exquisitely worked Christmas presents to friends and family. Books were another passion. She was a keen member of the Waterford Book Club, and there’s many a friend to whom she would loan interesting books or pass on news of her latest find. Preservation and history, particularly that of Waterford, was another interest. A member of the Waterford Foundation, Ellen for many years ran the popular Art Mart during the Waterford Fair. She served as the foundation’s president from 1993 to 1995. She also served as interim director of the foundation during the search for a new director. Wilma Dillon had known her since childhood, and they remained lifelong friends. Later, as adults, living in Waterford, they would sometimes go off on road trips for a couple of days to different places. “We’d have the radio on, Willie Nelson blasting away on the radio—it was great fun.” The two families were close—their children grew up together and remained good friends. “Ellen was a good listener and knew how to keep a confidence,” according to her friend. Jill Beach, another longtime friend, remembered her interest in the life around her. “She was always someone you wanted to sit next to, cheerful, fun and helpful—she really liked sharing her life experiences.” Brett Phillips knew Ellen well. He noted her great sense of humor and her quiet ability. She could have remained in the cocoon of Loudoun life for ever, but her introduction into the wider world of the Foreign Service turned out to be a key to unlocking the door to her potential. “She turned out be remarkably capable and an adept manager of different situations, and she was really good with people,” he said—a talent acknowledged admiringly by her husband. She knew how to leverage a situation, always tactfully, so that the individual came away thinking it was his or her idea in the first place, he said. “She was a more complex person than she seemed at first.” She was preceded in death by her parents and her son James Neville DeCourcy, “Jimmy.” She is survived by her husband, John; daughter Susan DeCourcy LeMarr (Ronald) of Berryville, daughter Anne DeCourcy George (Fred) of Lovettsville; John DeCourcy Jr. (Rosemary) of Chevy Chase, MD; granddaughter Ashley Anne LeMarr; great-granddaughter Jacqueline Alexis; brother Edward Neville Bradfield; sister Jane Bradfield Davison and numerous cousins. A funeral service will be held on Sunday, June 24, at 2 p.m. at the Catoctin Presbyterian Church in Waterford. Interment at Union Cemetery in Leesburg, will be private. In lieu of flowers, memorial donations may be made to Blue Ridge Hospice 333 West Cork Street, Suite 405, Winchester, VA 22601.

The family of Ellen Bradfield DeCourcy created this Life Tributes page to make it easy to share your memories.

Send flowers to the DeCourcy family.