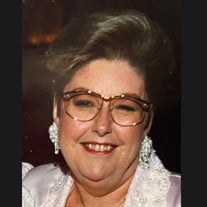 Elsie Jane Bills (née Hockenbrocht), age 81, died peacefully at her home on July 2, 2021, with family by her side. Elsie was born on September 13, 1939, in Sunbury, PA, to the late Russell and Catherine (Michaels) Hockenbrocht. Elsie graduated from Sunbury High School in 1957 and moved to Harrisburg, where she worked for the State of Pennsylvania, followed by Univac. It was while employed with Univac in 1965 that she met her husband of 53 years, George Bills, and they were married in 1966. Elsie and George moved to the DC area in 1970, making Gaithersburg, MD, followed by Damascus, MD, the home where they raised their family. Elsie and her husband built their dream home in Mt. Airy, MD in 1995, later moving to Thurmont, MD, before finally settling in Leesburg, VA, to be near her daughter and family. Elsie started her career as a secretary but, at the encouragement of her family and friends, she retired from the business world and followed her dream to open Brittle by Elsie, a candy store in Frederick, MD, that specialized in many different kinds of nut brittles, chocolates, and collectables. Elsie was known for her delicious brittle and was referred to as “The Brittle Lady” by her many happy customers. She took her store on the road by attending numerous area craft fairs, including the Maryland Christmas Show and Cabin Fever at the Frederick County Fairgrounds. Elsie sold her store in 2003, but continued to make her brittle for family and friends for years before handing her treasured recipe over to her daughter to continue her legacy. Elsie was an excellent cook, hosting countless family dinners, summer picnics, and her annual Christmas Eve parties, which became a neighborhood and family tradition. Elsie loved to travel and made sure her family had fun summer vacations every year. She travelled with her husband, with her brother and sister, and with friends. At the mere mention of travel, Elsie joked that she could be packed in an hour and would go anywhere. In her later years, Elsie and her daughter made Las Vegas an annual tradition, creating wonderful memories that they treasured (some memories they shared with others, while other memories “stayed in Vegas”). Elsie was also a member of the Red Hats and participated in numerous outings with many special friends. Elsie was known to be strong in her convictions, generous in spirit, and fiercely protective of her family. She had a laugh that was infectious, and an intuitive nature that made her a loyal, supportive friend and a wonderful, loving wife and mother. Elsie is preceded in death by her husband and is survived by two children, Cheryll Sachs (Adam) of Leesburg, VA and Ed Bills of Brooklyn, NY; two grandchildren, Andy and Bradley; two brothers and two sisters; and many nieces and nephews. The family will hold a private tribute at a later date. Memorial contributions may be made in Elsie’s name to the National Osteoporosis Foundation at www.nof.org.

Elsie Jane Bills (née Hockenbrocht), age 81, died peacefully at her home on July 2, 2021, with family by her side. Elsie was born on September 13, 1939, in Sunbury, PA, to the late Russell and Catherine (Michaels) Hockenbrocht. Elsie graduated... View Obituary & Service Information

The family of Elsie Jane Bills created this Life Tributes page to make it easy to share your memories.

Send flowers to the Bills family.