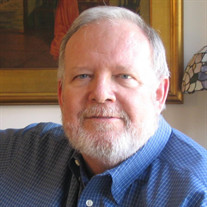 Roger Bartman, PhD Clinical Psychologist Erwin “Roger” Bartman died January 12, 2021 at his beloved home outside Leesburg VA, after a year long battle with leukemia. He was 77. He was a clinical psychologist in Reston, VA for 43 years. Roger was born June 3, 1943 in Lawton, Oklahoma while his father was training with the US Army. When his father was sent to Europe, his mother and he moved back to Louisville, KY and lived with his grandparents for the duration of the war. He graduated from St. Xavier High School, Louisville, KY in 1961 and entered the Xavarian Brothers (Order of St. Francis Xavier). After completing his novitiate and taking first vows, he began studies at Catholic University of America, Washington, DC, receiving double B.A.s in Mathematics and Religious Education in 1967. The following year, he received his M.A. in Mathematics-Education from Johns Hopkins University. As Br. Raphael, he taught advanced math courses at Xavarian High Schools in Baltimore and Silver Spring, MD. In addition to teaching, he held positions of assistant dean, board member, camp counselor and group facilitator. He was a member of the Xavierian Brothers for 16 years. As his interest in psychology grew, he entered the doctoral program at Catholic University in America, receiving his Doctorate in Clinical Psychology in 1976.He interned and was hired by Fairfax County Northwest Center for Community Health, Reston from 1975 to 1986. He was the founding director of the Adolescent Day Treatment Program. In 1977, Roger was one of five founding partners of the Reston Psychotherapy in Reston, VA and practiced adolescent, adult, group and couples therapy. As a therapist, he was a dedicated and compassionate therapist, often doing pro bono or reduced fee therapy for those he felt truly needed help, plus consultation and therapy with local clergy and religious. He retired in 2019. Roger met his life partner, Peter D. Kelpinski in February, 1987. They were together almost 34 years. They legally married in July, 2004 on Cape Cod, MA. Roger was a warm, gentle, quiet man. Often shy in social situations, he could usually be found off to the sidelines having a quiet conversation. A voracious reader, he enjoyed fantasy and sci-fi genre which gave him a break from the myriad issues of life he would hear daily. A loyal friend, he would carry on robust correspondence with friends all over the country. He enjoyed good food and good friends. Most of all he loved spending time at his idyllic home with his husband and their golden retrievers and labrador. In addition to Kelpinski, Roger is survived by 3 siblings: Kathy (Tom) Furlong , James (Donna) Bartman, both of Louisville, KY, Lally (Frank) House of Woodbury, KY; an aunt and uncle, Dolores and Frank Lally, Louisville, KY, sisters and brothers-in-laws Nancy & Jack MacKenzie and Sandi & Hank Bridges (all of Bay City, MI), plus many nieces and nephews, great nieces and nephews, cousins and numerous dear friends. He was predeceased by his parents Erwin R. and Mary Kathryn (Lally) Bartman and grandparents: Erwin R. & Louise Bartman and Frank & Orvilla Lally. Memorial services will be held this summer in Reston and Louisville, with his ashes interred in Bay City, MI. Contributions can be made in Roger’s memory to Holy Cross Abbey, 901 Cool Spring Lane, Berryville, VA 22611 (www.virginiatrappists.org/support-us/) Please share online condolences with the family at www.loudounfuneralchapel.com

Roger Bartman, PhD Clinical Psychologist Erwin &#8220;Roger&#8221; Bartman died January 12, 2021 at his beloved home outside Leesburg VA, after a year long battle with leukemia. He was 77. He was a clinical psychologist in Reston, VA for 43... View Obituary & Service Information

The family of Erwin Roger Bartman III created this Life Tributes page to make it easy to share your memories.

Send flowers to the Bartman family.