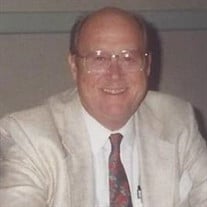 Dr. George Peter Rowan passed away surrounded by family on December 7, 2018. He was the only child born to George Joseph Rowan and Marion Donnelly Rowan on July 2, 1931 in Manhattan, NY. George and his family moved to Springfield Gardens (Queens), New York when he was a child. Like his father, he attended Saint Ann’s Academy for Boys in New York City. While in high school he met the girl, who would eventually become his wife Ina (Faustina) Martinez. George attended Niagara University in upstate New York and graduated from Villanova University in Pennsylvania. George then attended and graduated from Hahnemann Medical School (now Drexel) in Philadelphia PA. While at Hahnemann, George and Ina were married and lived in Philadelphia. He completed an internship and residency at Easton Hospital in Easton PA prior to attending and completing his orthopedic residency at the prestigious New York Hospital for Special Surgery in Manhattan. Prior to attending Special Surgery, George served as Captain in the US Air Force. He was stationed for 2 years at RAF Sculthorpe in England where he was Chief of Surgery. He and Ina lived in Fakenham near Sculthorpe where they enjoyed the English countryside and created great memories with their new friends. After completing his orthopedic residency, George and Ina decided that George would join a practice with George Hazel in Woburn, MA (Woburn Orthopedics Association). With the help Mark Sullivan as the business manage, the practice was successful and grew, eventually expanding and including Dr. Donald Petit and Dr. Barry Dorn. George, Mark and Donald have remained life-long friends. George believed in serving his community and was on the Board for many years at the Choate Hospital in Woburn, MA and a founding member of the Wilmington Regional (New Hanover Regional) Health Center in Wilmington, MA. He was an adjunct professor at both Tufts Medical School and Harvard Medical School. George was Board Certified in Orthopedics Surgery, a Fellow of the International College of Surgeons, a Fellow of the American Academy of Orthopaedic Surgeons, a Charter Member of the Eastern Orthopaedic Association, and a member of the Southern Orthopaedic Association. George was a voracious reader and was never without a paperback book in his pocket. He also loved cooking and even had several of his recipes published. He never stopped learning and always enjoyed taking classes. As he approached retirement, he decided to become certified in acupuncture. He was a member of the American Academy of Medical Acupuncture and the National Sports Acupuncture Association. After living for more than 35 years in Winchester MA, where they raised their two daughters, George and Ina eventually moved to Leesburg, VA in 2005, to be closer to their daughters and grandchildren who had moved south. George was a very compassionate and giving person. Although he and Ina were only children, their home was never empty. They were known for hosting great parties and welcoming those less fortunate to stay with them while they found their feet. Their dinner table was always filled with great conversation! George has left an everlasting impression on all who met and knew him, and even almost 25 years after retiring, he still had patients call him and send him holiday cards, birthday cards, and notes of appreciation. He was loved and cherished by his wife of 63 years and adored by his daughters Martine Beck of Bunn, NC and Leesburg, VA and Moné Ardura of Sterling VA. Although George only had two daughters, he felt blessed to have two sons-in-law that respected and loved him, Larry Beck and Juan Ardura. George was loving grandfather to his three grandchildren, Amanda Beck, Sean Ardura, and George Ardura. His grandchildren loved their grandpa very much and feel blessed to have known and been loved by their grandpa. They will never forget his special recipe for Sunday morning pancakes, his great story telling, and his words of wisdom.

Dr. George Peter Rowan passed away surrounded by family on December 7, 2018. He was the only child born to George Joseph Rowan and Marion Donnelly Rowan on July 2, 1931 in Manhattan, NY. George and his family moved to Springfield Gardens (Queens),... View Obituary & Service Information

The family of Dr. George Peter Rowan created this Life Tributes page to make it easy to share your memories.