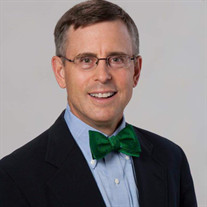 James R. Pierobon, 63, died August 12, 2018 at his home in Leesburg, VA with several members of his loving family at his side. Jim passed peacefully after a courageous and hard-fought battle with Pancreatic Cancer. He is survived by his loving wife Andy, as well as by one child: Mimi Pierobon and two step children Morgan Powell (Jason Lawrence), and Drew Powell. He is also survived by two sisters, Nancy P. (William) Hensel and Catherine M. (Greg) Barcus; five nieces and nephews, Brian Hensel, Megan (J.T.) Gripe, Jeffrey Hensel, Elizabeth (Richard) Schoenrock; and seven great nieces and nephews, Addison, Paityn and Parker Hensel; Annabell and Benjamin Gripe; and Richard and William Schoenrock. Jim was a former Chief Energy Writer at the Houston Chronicle and was the principal writer of The Energy Fix blog. He was a policy, marketing and social media strategist who reported on, testified and consulted about solar energy, energy efficiency, smarter grids, energy cyber-security and the challenges facing nuclear energy. Always full of enthusiasm and passion, he worked relentlessly to raise awareness of both the ongoing threats to, and the definite steps toward a clean energy future – all the while adhering to the highest standards of ethical practice. Jim approached life with great gusto and humor. He loved to travel and was always plotting an “adventure” for family and friends. He was an avid golfer and a sports enthusiast. He loved light hearted competition and banter and created his own leagues and championships, such as “The Pierobon Open”. Jim made many lifelong, loyal friends over the years. He will be missed greatly by his family and all of his near and dear friends. There will be a memorial service in Jim’s honor on Saturday, August 18, 2018, at 2pm at Floris United Methodist Church, 13600 Frying Pan Road, Herndon VA 20171 http://www.florisumc.org/ In lieu of flowers, donations are being accepted by: The Pancreatic Cancer Action Network to help diagnose Pancreatic Cancer soon enough to significantly extend patients’ lives. https://secure.pancan.org/site/Donation2?df_id=2681&mfc_pref=T&2681.donation=form1 OR Non-profits helping news organizations figure out how to survive and thrive amid all the “fake” news out there. One of Jim’s favorites was the NiemanLab.org at Harvard. He had hoped that could be a part of his legacy. http://nieman.harvard.edu/about/make-a-gift/

James R. Pierobon, 63, died August 12, 2018 at his home in Leesburg, VA with several members of his loving family at his side. Jim passed peacefully after a courageous and hard-fought battle with Pancreatic Cancer. He is survived by his loving... View Obituary & Service Information

The family of James R. Pierobon created this Life Tributes page to make it easy to share your memories.

Send flowers to the Pierobon family.