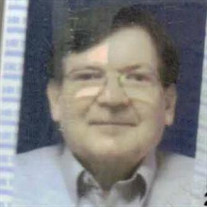 James Francis Ripp, 61, of Blacksburg, VA, passed of natural causes on February 3, 2020. Born in Glen Cove, NY on September 18, 1958. James had multiple master’s degrees from Virginia Tech. He was employed with Northrop Grumman as an Engineer specializing in electronics. James always had a fascination for electricity and how things worked. When he was a young child, the sound faded on his record player (remember those?), and he tested his hypothesis that wrapping a wire around the plug and then putting it directly into the outlet could yield more sound. A big spark, a blown fuse, and a blackened wall later, he was given a battery-based electronic set for kids to pursue his interest safely. James started his career early in life taking apart broken appliances, then finding and fixing broken TV sets which led to his first job as a TV repairman at Mr. Electron. He loved his work and his work was his hobby. He was very dedicated to the companies he worked for and said he had no plans to retire. Before he turned 40 he became a vegetarian, not for the health effects, but because he had concern for all animals and didn’t want any to die to keep him alive. He would even save spiders in the basement and put them outside rather than vacuum them up. He was a caring and gentle soul. He leaves his family to cherish his memory including his parents Francis J. Ripp, Jr. and Everlyn J. Anderson Ripp of Whispering Pines, NC; his sister Barbara Statas and brother-in-law Thomas Statas of Gaithersburg, MD, his brother Thomas Ripp of Gaithersburg, MD, and cousins David Anderson and Thomas Anderson. Services and interment will be held privately by his family at a later date. In lieu of flowers, memorial donations may be made to Darby’s Place Cat Rescue Click Here. Donations can be made to Darby’s Place Cat Rescue and mailed to Leslie Gilbert at 16992 Moss Meadow Way, Mount Airy, MD 21771. Please share condolences with the family at www. LoudounFuneralChapel.com

James Francis Ripp, 61, of Blacksburg, VA, passed of natural causes on February 3, 2020. Born in Glen Cove, NY on September 18, 1958. James had multiple master&#8217;s degrees from Virginia Tech. He was employed with Northrop Grumman as an Engineer... View Obituary & Service Information

The family of James Francis Ripp created this Life Tributes page to make it easy to share your memories.

Send flowers to the Ripp family.