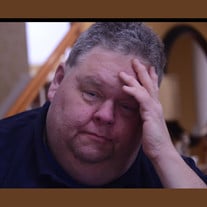 Jay “JJ” Jeffrey Brown, Sr., 61, husband, father, paramedic, dedicated educator, and community ambassador, passed away on July 17, 2019, at Inova Loudoun Hospital with his wife Mary by his side. Born in Washington, DC on June 13, 1958, Jay spent his early years in Arlington, Virginia. While in high school, Jay’s family moved to Woodstock, Virginia, where he attended and graduated from Central High School in 1976. While in high school Jay joined the rescue squad in Woodstock, Virginia, a decision that would set the foundation for Jay’s lifelong passion of service to others. An impressive career spanning more than 45 years, Jay’s vocation centered on emergency medical services, fire, emergency management, training, program design, and management. Throughout his career, Jay impacted patient care and was involved with responses and at the local, regional, state, and national levels. Jay’s lengthy list of awards and accolades is a clear demonstration of his endless drive to improve not only the emergency medical services provided in Loudoun County, but across the National Capital Region. Retiring in 2005 as the Director of Emergency Medical Services and Deputy Chief for the Loudoun County, Virginia Fire, Rescue, and Emergency Management Department after serving as Deputy Chief of Training and Training Officer, Jay responded to many emergencies and functioned as a provider, mentor, supervisor, and manager. One of his many major accomplishments was the establishment of the state and nationally accredited paramedic level education program for Loudoun County, the first in the Commonwealth of Virginia. Retiring from Loudoun County, Jay worked for L3 Technologies where he served as the program manager for a training development contract with the U.S. Department of Health and Human Services. Prior to joining Loudoun County, Jay worked for the Washington, D.C. Fire and EMS Department, where he served on the medic unit assigned to the President of the United States and foreign heads of state. A member of the Arcola Volunteer Fire and Rescue Department since 2005, Jay served as President from January 2016 until the time of his death. In addition to his host of professional accomplishments, Jay selflessly gave to others. Described as a kind, sensitive man, Jay had a great sense of humor. Affectionately referred to as “Papa Bear” by the members of Arcola, Jay was a leader and mentor who cared greatly for the station and its members. Jay continually endeavored to mentor those around him, putting them rather than himself in the spotlight. Jay served on the executive board of the Loudoun County Emergency Medical Services Council for many years and was the current chairman at the time of his passing. Jay also served on the board of directors of the Northern Virginia Emergency Medical Services for more than 25 years. He has held the position of president, vice-president, and secretary-treasurer and provided many years of leadership to the Council. A parishioner of St. Theresa’s Catholic Church, Ashburn, VA, Jay always strived to help those in need. Further, Jay served the Ashburn community as a charter member of the Rotary Club of Ashburn, VA between 2009 and 2011. He was predeceased by his parents, Chris A. Brown and Rita Thomas Brown, father-in-law Greg Maguire, and brother-in-law John Brigance. Jay is survived by his loving wife Mary Maguire and his son Jay Jeffrey Brown, Jr.; his mother-in-law Irene H. Maguire; sister-in-law Kathryn Brigance, sister-in-law Linda Moulder and her husband Randy Moulder; brother-in-law Joseph Maguire; brother-in-law Edward Maguire and his wife Pam Maguire; nephews Coleman Jernigan, Michael Brigance, Ryan Moulder, Kyle Moulder, Martin Maxwell, Max Willige. A funeral Mass will be held at 11:00 AM, Tuesday, August 13, 2019 at St. Theresa’s Catholic Church, in Ashburn, VA. In honor of Jay, the family will host a celebration of life reception immediately following Mass at The John Patton, Sr. Hall in Sterling, VA. In lieu of flowers, donations may to the following: Divine Mercy Outreach – St. Theresa’s Catholic Church: https://sainttheresaparish.com/divine-mercy/about-divine-mercy/ Little Sisters of the Poor: http://www.littlesistersofthepoorvirginia.org/donate-to-our-home/ Loudoun Fire Responder’s Foundation Scholarship Program: www.loudounfr.org.

The family of Jay J. Brown Sr. created this Life Tributes page to make it easy to share your memories.