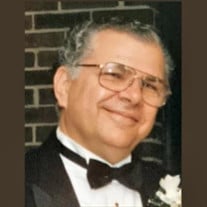 John Puterio, 79, of Stephens City, Virginia and formerly of Smith Mountain Lake, Sterling, Virginia, Staten Island, New York and Brooklyn, New York passed away peacefully while surrounded by his loved ones on September 16, 2021. Born on June 23, 1942, John was one of two children born to Yolanda “Landy” Puterio (Ciriano) and Gennaro “Johnny” Puterio of Brooklyn, New York. The family of second generation Italian immigrants was a large and tight knit group that lived very close together during John’s childhood. In his youth, John attended New Utrecht High School in Brooklyn. He served as an altar boy and loved playing organized baseball. The passion he had for the game was evident in his connection to it later in life when he would volunteer to coach his son’s little league teams. He also coached their youth soccer teams, although he had no working knowledge of the sport at the time he began coaching. No matter what his boys were doing, he always wanted to be there to coach or cheer them on. He was their biggest fan. John met and married his wife, Patricia in 1970 while working as a technical representative for the Xerox Corporation in Manhattan. They were blessed (and surprised) with the arrival of their twin boys in 1971. In 1972, John, Patricia, and their sons John and Robert moved from Brooklyn to Staten Island New York. They remained in Staten Island and John continued working for Xerox. In 1979, he was given the opportunity to move to Loudoun County, Virginia and work for Xerox as a technical trainer. The family settled in Sugarland Run in Sterling where John became very active in the Sugarland Run Homeowner’s association, serving on the board of the association for many years. He retired from Xerox in 1998. As change happens, John met Kimberly Boseman in 1998 and began a new chapter in his life. The two lived in Sterling until 2006 when they made the giant leap into living the lake life. They made the move to Smith Mountain Lake in Bedford County, Virginia along with John’s mother, Landy. They became members of the Resurrection Catholic Church of Moneta, Virginia, where they were active in the church’s groups and clubs. Although John began to fall ill while living at Smith Mountain Lake, he was the architect of many great memories that were forged with visits from the family and time spent out on the open water with his children and grandchildren whom he loved deeply. From his first family he is pre-deceased by his father, Johnny Puterio, his mother Yolanda Puterio, and his younger brother, Robert Puterio. He is survived by Patricia Puterio of Sterling, Virginia; his son John Puterio and his wife Rebecca Puterio of Leesburg, Virginia; his son Robert and his wife Roshni Puterio of Ashburn, Virginia; as well as his four grandchildren Jacob, Breanna, Camryn, and Samantha. From his second family he is survived by his wife Kimberly Puterio of Stephen’s City, Virginia and his step-son Sean Boseman and his wife Heather Boseman of Woodbridge, Virginia. A memorial service will be held at 2:00 PM on Friday October 1, 2021 at Loudoun Funeral Home at 158 Catoctin Circle, SE Leesburg, Virginia 20175. Please dress casually. All are welcome. In lieu of flowers, the family is asking that donations be made to The American Kidney Fund in honor of John Puterio at kidneyfund.org.

The family of John G. Puterio created this Life Tributes page to make it easy to share your memories.

John Puterio, 79, of Stephens City, Virginia and formerly of...

Send flowers to the Puterio family.