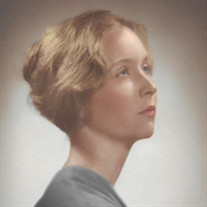 Judith (“Judy”) Ann Morgan, Oklahoma City University School of Law professor emerita, retired Law Library Director for Oklahoma City University (OCU), and accomplished equestrienne died January 15, 2021, in Leesburg, VA, from a COVID-19 induced pneumonia. She was 81. Judy Morgan was born in Des Moines, IA, in 1939, to Ann (Bohen) Redmond and Edward St. Clair (“Clair”) Redmond, and raised in Green Bay, WI. She began horseback riding as a child and owned, trained, and rode horses her entire life. She graduated with honors from St. Joseph Academy in 1958. She obtained her undergraduate degree from St. Norbert College where she was awarded Bachelor of Arts degree in Spanish magna cum laude in 1962. While at St. Norbert she met her future husband, Lt. Col. Patrick (“Pat”) J. Morgan, USMC (Ret.), and they became engaged while having a picnic lunch at an ammunition depot at Marine Corps Base – Quantico in 1961. Following their engagement, they were married in Green Bay, WI, on December 30, 1961 and honeymooned over New Year’s in Minneapolis, MN. Always seeking her next academic mountain to climb, Judy earned her Master’s Degree in Library Science from the University of Wisconsin in 1967. She completed much of her classwork while also raising her children during Pat Morgan’s Vietnam deployment. Judy accompanied Pat on his Marine Corps assignments following his return from Vietnam to Camp Lejeune, NC, Dahlgren, VA, Quantico, VA, and Headquarters Marine Corps, Arlington, VA. During all those moves and changes, Judy worked full-time as a librarian at both the elementary and technical school levels until she became a reference librarian at the Northern Virginia Community College (NVCC) - Woodbridge Campus in 1975. She was promoted to be the Head Librarian and an Associate Professor at NVCC-Woodbridge in 1977, a position she held until she obtained the last of her degrees in May 1982, graduating with a Juris Doctor from the first American Bar Association accredited class for the George Mason University School of Law in Arlington, VA. Following her graduation in 1982, Judy became a member of the Oklahoma Bar, where she and Pat moved following his retirement from the Marine Corps. She initially served as the Assistant Director for the Oklahoma City University School of Law but left in 1984, to be an associate with Bulla and Associates, followed by employment as the law librarian for Kornfeld, Franklin & Phillips. In 1986, however, Judy returned to her first professional love, academia, and was named the Law Library Director for the OCU School of Law. She achieved tenure in 1999, as a Professor of Law Library Science and remained Law Library Director until her retirement in 2010. Judy also served as the President of the Mid-America Association of Law Libraries and published several research articles. Most importantly she supervised the transition of the OCU Law Library to the digital age. As noted in Oklahoma City University School of Law: A History (Creel & Burke, 2008, p. 168): "The Morgan years … witnessed great improvement in the quantity and quality of the holdings, physical facilities … and the credentials of the staff." One of her colleagues at OCU, Darla Jackson, perhaps best summed up Judy’s tenure commenting, in A Tribute to Judy Morgan, Law Library Director (Oklahoma City University Law Review Vol. 35, p. 538) “my fondest memories of the "Morgan years" at the Law Library will be of Judy's wit, her graciousness, and her genuine caring for her family and staff.” Her entire life, Judy was a horse enthusiast. Growing up in Green Bay, WI, she shared a horse with her brother Steve that was kept at the Brown County Fairgrounds. She showed horses in hunter jumper classes in the 1970s competing occasionally as a team with her son, Sean. With Pat, she shared a passion for bird dogs and raised a number of litters of English Pointers. Judy also attended many field trials in the mid-Atlantic region and Oklahoma, riding horseback often from dawn to dusk. Judy’s field trialing highlight was to be the owner of Triple Crude, winner of the Region 8 All Age Championship in 1994. Judy also lent her considerable organizational skills to the sport of field trialing, serving as the Secretary for the Oklahoma Amateur Field Trial Association and the Oklahoma Field Trial Clubs Association. Judy and Pat Morgan had two sons, Sean and Curtis. Sean is a Senior Trial Attorney with the Department of the Navy. Curtis preceded his mother in death. Judy Morgan also is survived by a daughter-in-law, Kelly, her beloved grandchildren, Meaghan and Colin, and ten younger brothers and sisters, Steve, Nancy, Dan, Mary, Richard, Tom, Stella, Bill, Mark and Tim. Pat Morgan preceded Judy in death, passing on December 1, 2020. The family requests that in lieu of flowers that donations be made in her name to the Alzheimer's Association, 225 N. Michigan Ave., FL 17, Chicago, IL 60601. Online at alz.org or simply call 800.272.3900. An interment service for Judy and Pat Morgan is being planned for Summer 2021, at the Quantico National Cemetery in Triangle, VA.

The family of Judith Ann Morgan created this Life Tributes page to make it easy to share your memories.

Send flowers to the Morgan family.