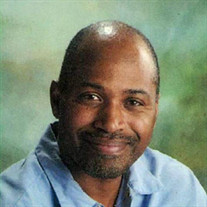 Landon Lee Warner was born on August 12, 1961 in Western Loudoun County. Landon departed this life on February 5, 2022. He accepted Christ at an early age. Landon graduated from Loudoun Valley High School in Purcellville, VA. He worked for the... View Obituary & Service Information

The family of Landon Lee Warner created this Life Tributes page to make it easy to share your memories.

Send flowers to the Warner family.