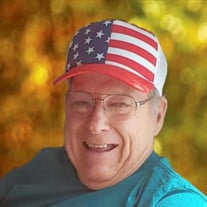 Manuel Russell Sams, 83, of Ashburn, VA, went home to be with his Lord and Savior, on December 29, 2021; known to most of his friends and family as “Doc or Sammy”. Manuel was born on October 19, 1938 in Clearfield Co., PA. One of twelve children; he was a son of the late Worley and Geraldine Sams. He graduated from High School in Perryopolis, PA. on May 29, 1957; and became master mason, for 50 years. He retired from the National Elevator Local 10 Union after many dedicated years. Manuel loved his Lord and Savior and served his church anytime they needed him. He attended Hamilton Baptist, Believer’s Baptist Church and most recently, Leesburg Community Church. He was on the visitation committee and was a deacon of the church. He worked in the kitchen many days to serve his Lord. He would lend a helping hand to anyone at any time day or night. As a youth, Manuel loved to play baseball. As an adult, he played on the Hamilton Baptist church team. He also loved to attend pro football and baseball games. He was an avid hunter and fisherman and loved going on fishing and hunting trips with his buddies. Manuel had beautiful gardens every year until he was no longer able. Throughout Manuel’s life, he had given so much joy and love to the ones he left behind. He has left us all with a lifetime of memories to share and his life will never be forgotten. He leaves his family to cherish his memory including his beloved wife, of 50 years, Margaret, “Peggy”; step son, Paul Davis, and step daughter Tammy Kennedy; brothers, Herman Sams and Gene Sams and his wife Lucile of PA, Alvin and his wife Margaret of Ohio, Denny Sams and wife Patty of NC; sisters, Mary Secrest of PA, Vicki Sams of MD, Marilyn and husband Randy Santore of PA; sister-in-law, Mary Sams of CA. He also leaves, great grandchildren, Colby, Summer, Ashley, Kaley, Logan and Ethan; many nieces, and nephews, that loved him so much and he loved and enjoyed every moment with them. Manuel was predeceased by two brothers, George Sams, Kenny Sams; two sister, Delores Myers and Ravenna Mutich and a grandson Rusty Kennedy. Interment services were held privately in Green Hill Cemetery, Berryville, VA. A memorial service will be held by the family in the spring. In lieu of flowers, memorial contributions may be made in Mr. Sam's memory to Edge Hill Retreat Center, 315 E Cork St, Winchester, VA 22601. Online condolences may be made to the family at www.loudounfuneralchapel.com

The family of MANUEL RUSSELL SAMS created this Life Tributes page to make it easy to share your memories.

Send flowers to the SAMS family.