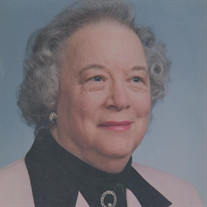 Marie Grace Warfield Warmenhoven of Ashburn, VA passed away at the age of 98 years on April 7, 2022. She is survived by her daughter, Martha Ann Mills, and her husband Stanley and her sister Barbara Warfield Feaga and sister-in-law Menci Warfield; her grandchildren Gregory Mills and his wife Cheryl, Shelly Mills, Ruth Balser, John Balser and his wife Lara and Vicky Gray and her husband Charles and great-grandmother to Brett Mills, Beth Ann Mills, Wyatt Judy, Tabitha Reynolds, Chet Reynolds, Nick Balser, JP Balser, Nick Balser, Samantha Gray, Kenneth Scowden and Natasha Gray. Marie is also survived by numerous nieces, nephews and other extended family. She is predeceased by her husband John Charles Warmenhoven, her daughter Joan Marie Balser, her siblings Bernard Warfield, Commander John Breckinridge Warfield, E. Donald Warfield, Richard Warfield, David Warfield, Jean Culwell, Josephine Johnson and Mary Amrhein. Marie was born on November 5, 1923 to Bernard and Josephine Warfield at “Brick House Farm” in Lisbon, Maryland. She attended Florence, a one room school and Lisbon Elementary School. She graduated from Lisbon High School in 1941. After high school, she was employed by the Federal Bureau of Investigations at their headquarters in Washington, D.C. She was then employed by the Chesapeake and Potomac Telephone Company of Washington, DC as supervisor of the Business Office Representatives and later as a training Supervisor of the states of Maryland, Virginia, West Virginia as well as Washington, DC. Marie married John Warmenhoven in July 1965 and they lived most of their life in northern Virginia. Marie enjoyed collecting Hummels, stamp collecting, needlepoint, genealogy, and other crafts. She was a very enthusiastic fan of baseball and football. Marie and her husband John loved to travel and took several cruises to Alaska, the Caribbean and the Panama Canal. They also traveled to Bermuda, Mexico and Europe with a special trip to Holland to visit John’s relatives. In their later years, they enjoyed their vacation home in Lake Anna, Virginia. Friends may call on Thursday, April 14, 2022 from 1:00pm to 3:00pm at Loudoun Funeral Chapel 158 Catoctin Circle, SE, Leesburg, VA where a service will follow at 3:00pm. Interment will be scheduled at Arlington National Cemetery at a later date.

Marie Grace Warfield Warmenhoven of Ashburn, VA passed away at the age of 98 years on April 7, 2022. She is survived by her daughter, Martha Ann Mills, and her husband Stanley and her sister Barbara Warfield Feaga and sister-in-law Menci Warfield;... View Obituary & Service Information

The family of Marie Grace Warmenhoven created this Life Tributes page to make it easy to share your memories.

Marie Grace Warfield Warmenhoven of Ashburn, VA passed away at...

Send flowers to the Warmenhoven family.