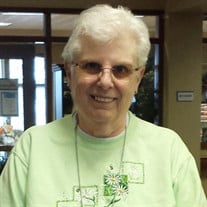 MaryAnne Tosh (née Gianni), of Ashburn, VA, and previously of Pinehurst, NC and Clifton Park NY made her journey to heaven in the early morning hours on Tuesday September 21, 2021. Born Thursday, February 10, 1944, in Schenectady, New York, she was the second of two daughters of two first generation Italian immigrants, the late Joseph Gianni and the late Antoinette Bonacquist Gianni. Through her very happy childhood, she fostered a strong devotion for family, her country and her heritage. In the spring of 1962, she graduated from Mont Pleasant High School in Schenectady and then went on to study nursing at the State University of New York at Plattsburgh. She graduated in 1966 and became a Registered Nurse. Later, she returned to school and received a Master’s Degree in Health Care Administration from Russell Sage College. She then spent the rest of her career managing hospital services for the New York State Department of Health While at SUNY Plattsburgh, she met Thomas J. Tosh, whom she married in 1967 and spent the next 47 years with until his passing in 2014. Together, they had two sons and two grandsons, who were the joys of her life. Nothing brought her more joy than witnessing the accomplishments of her children and grandchildren. MaryAnne was a true light upon all who were fortunate enough to know her. She had a natural gift in making everyone around her happier. Her smile was infectious, and instantly brought cheer to all who surrounded her. Everything she did was centered around caring for others, whether that be for family, friends or someone she had just met. Palm trees, ice cream and petting the fur of a loving kitty were among the joys she cherished. She enjoyed travelling, and especially in discovering new places with her family. MaryAnne is survived by her sons, Joseph T. (Korrie) Tosh and Christopher D. (Traci) Tosh, sister, Gloria (Harry) Evans, grandchildren, Marcus and Gabriel Tosh, nephew, Patrick (Maria) Evans, niece Nancy (Michael) Belscher, grandniece, Emma and cousin Grace Bonacquist Seal. The Tosh family will receive friends and family for a visitation at Loudoun Funeral Chapel on Sunday, September 26, 2021 from 2-6pm. A Catholic mass will be held at Saint Theresa’s Catholic Church on Monday September 27, 2021 at 1:00pm. Interment will be immediately following at Chestnut Grove Cemetery in Herndon, VA. In lieu of flowers, memorial donations can be made in MaryAnne’s honor to the Friends of Loudoun County Animal Services. Online condolences may be made to the family at www.loudounfuneralchapel.com.

The family of MaryAnne Tosh created this Life Tributes page to make it easy to share your memories.

Send flowers to the Tosh family.