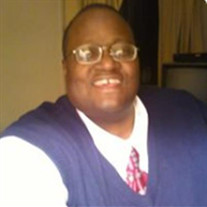 Michael Randolph Hall was born on August 30, 1959, in Leesburg, Virginia, to Arline Hall and the late Malcolm Hall. He was the only boy of five siblings. Michael attended schools in Loudoun County and graduated from Broad Run High School.... View Obituary & Service Information

The family of Michael Randolph Hall created this Life Tributes page to make it easy to share your memories.

Send flowers to the Hall family.