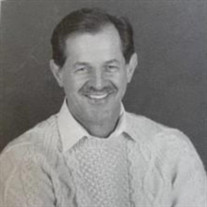 Neil Cameron Hughes, 85, died peacefully on Wednesday, December 22, 2021, from complications of ALS, at his home in Leesburg, Virginia, He was born in Santiago, Chile on December 17, 1936 to Ronald Keith Hughes and Margaret Gibson Hughes, where the family lived through World War II before returning to the United States. Hughes received his B.A. in history from The College of Wooster in 1959 and then went on to study British colonial history at Edinburgh University. After three years in the U.S. Navy, where he became a lieutenant and chief engineering officer of the USS Mills during the Cuban Missile Crisis, he attended The Fletcher School of Law and Diplomacy, graduating with an M.A. in international finance and public policy. He joined Bankers Trust Co. in New York, then moved to the World Bank in 1968, where he spent the next 33 years working in 25 countries as an industrial and financial development specialist. In 1972, he was assigned as the World Bank’s resident project officer in charge of implementing the Bank's Earthquake Reconstruction Project. Over 15 months in 1973-1974, Hughes participated in excavations by Lic. Jorge Espinosa Estrada, Director of Anthropology and History at the National Geographic Institute of Nicaragua. On his return to Washington, he earned a masters degree in anthropology at George Washington University. Hughes’ last World Bank assignment was as senior operations officer in the China and Mongolia Department from 1992 to 1997 and as a consultant on China to the World Bank until 2004. In 2003, M.E. Sharpe published his book China’s Economic Challenge: Smashing the Iron Rice Bowl. His articles about China’s rise have been published in Foreign Affairs (1998, 2005), Asian Wall Street Journal (2003), and The American Interest (2008). In 1989, he and his wife of 53 years, Kathleen, bought an historic house in Waterford, Virginia, and he devoted himself to the study of the American history and to its preservation. He served on the board and as president of the Waterford Foundation and wrote A Village in Time: 1690-1990, in which he delved into the history he discovered in this National Historic Landmark village where he spent 30 rich and happy years. He is survived by his favorite dance partner, traveling companion, and wife, Kathleen Pope Hughes; two beloved daughters, Sara Hughes McNeal and Jennifer Norris Hughes; and three grandchildren, Isabel, Charlotte, and Thomas McNeal, and his twin brother Gordon Leslie Hughes of Whiting, New Jersey. A memorial service will be held later this spring at St. James Episcopal Church in Leesburg with internment in the Waterford Union Cemetery. In lieu of flowers, contributions in his memory may be made to the Waterford Foundation or to Save the Children or UNICEF. Online condolences may be made to the family at www.loudounfuneralchapel.com

Neil Cameron Hughes, 85, died peacefully on Wednesday, December 22, 2021, from complications of ALS, at his home in Leesburg, Virginia, He was born in Santiago, Chile on December 17, 1936 to Ronald Keith Hughes and Margaret Gibson Hughes, where... View Obituary & Service Information

The family of Neil Cameron Hughes created this Life Tributes page to make it easy to share your memories.