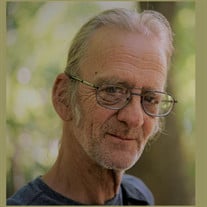 Raymond (Ray) Hardman Jr, husband of Carole Hardman, passed away Wednesday, November 10, 2021 in Wellspan Hospital. Raymond was born on June 24, 1955, in Gettysburg, to the late Barb Shetter and Raymond Hardman Sr. He was raised by his father and Sylvia Hardman. He is the eldest brother to Warren and Lynne Hardman. After graduating from Mechanicsburg High School in 1973, he married Renee Nuss. They had two children, Shana (Hardman) Longenecker and Raymond Hardman III. He served active duty in the Army before joining the PA National Guard, where he continued his service until 2000. Raymond then obtained a culinary degree at Penn State. In 1999, he and Carole Hardman - mother of Marc and Rachel Flickinger and Reid and Alayna Cruz – joined their two families when they married. Raymond was employed at Gettysburg Hospital, working in dietary for 17 years. Margaret E. Moul Home is where he later worked until he suffered a heart attack. After receiving a LVAD device 5 years ago he was not able to return to the work force. He and Carole then adopted Wyatt. Raymond’s desire to have help others, led him and Wyatt to become involved with Precious Paws. The two of them could be found at elementary schools, as a comforting reading partner or providing solace to residents in nursing homes. His relaxed easy-going spirit allowed him to embrace all that life had to offer, especially when things did not go as planned. He welcomed what most may consider an inconvenience as just part of the story that added comedic detail. When not at work or engrossed in a project, he could be found outdoors whether it be on a trail or enjoying the beach. Raymond had an eagerness to learn and welcomed ways to educate himself, which is seen by his book collection. His sense of humor and ability to strike up a conversation with anyone- family, friend or stranger- brightened the day of those he encountered. Perhaps his greatest attributes were how he demonstrated his values of faith in God, family and country in his day-to-day life. Raymond Hardman Jr is survived by his wife, Carole Hardman; daughter, Shana and Chris Longenecker and their children, Rylee and Morgan; son, Raymond Hardman III and his wife, Oxana (Anel) Hardman and their children, Raymond and Emma; son, Marc Flickinger and his daughter Lilly; daughter Rachel Flickinger and S/O Dakota Romig and children, Hailey, Savana, Sophia, Ellie and Easton; daughter, Alayna Cruz and fiancé Colton Noble; son, Reid Cruz and his S/O Shadan Shahswar; brother Warren Hardman; sister Lynne Weaver and her husband Roger Weaver and their daughters Dream and Paige . He is predeceased by his parents: Barb Shetter, Raymond Hardman Sr. and Sylvia Hardman. A Celebration of Life service will be held on Saturday, November 27 at the Elks (47 N. Forney St, Hanover PA). Feel free to gather anytime between 1030-1100 to view family photos and videos followed by a service at 1100. There will be an opportunity for sharing memories in writing or spoken word. A private family meal will follow. Contributions in Raymond’s memory can be offered to Alliance of therapy dogs, https://www.therapydogs.com

Raymond (Ray) Hardman Jr, husband of Carole Hardman, passed away Wednesday, November 10, 2021 in Wellspan Hospital. Raymond was born on June 24, 1955, in Gettysburg, to the late Barb Shetter and Raymond Hardman Sr. He was raised by his father... View Obituary & Service Information

The family of Raymond Charles Hardman created this Life Tributes page to make it easy to share your memories.

Send flowers to the Hardman family.