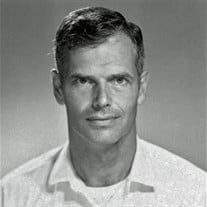 This is the testament of Col Richard Charles Kriegel, Jr. I was born on April 19, 1923 in an apple orchard farm in Yakima, Washington and died peacefully in my sleep April 21, 2019. My parents were Richard Charles Kriegel and Hortense DeWitt Kriegel. My formal education included the Madrona and Gasfield High Schools in Seattle, Washington, the University of Washington, U.S. Marine Corps V-12 program with sponsorship of the U.S. GI Bill. Additionally, I graduated from the U.S. Industrial College of the Armed Forces as a Distinguished Graduate in the class of 1969. I volunteered for military service in the U.S. Marine Corps in 1942 while I was living on a small dairy farm near Seattle. I was selected for the Marine Corps Officer Candidate program; received combat and education training, and graduated as a 2nd Lieutenant May 4, 1945. My early military experience included one year of occupation in Japan, and service in the Marine Honor Guard at President Roosevelt’s funeral in Hyde Park, N.Y. I graduated from the University of Washington in June, 1948, and spent six months as a national executive candidate with Proctor and Gamble and six months as an executive sales candidate with the Texas Oil Company. My career with the U.S. Government was resumed when the Marine Corps drafted me for service during the Korean War. I spent my next thirty years in the U.S. Marine Corps Reserve, the Central Intelligence Agency, and the U.S. Agency for International Development in various capacities. My military service included several months at the Marine Corps Headquarters doing basic documentary research for a history of the U.S. Marine Corps Reserve and researching and writing a history of the Philippine Marine Corps and six articles for the Marine Corps Gazette. My published books included “Labor in East Pakistan”, 1959, “A History of the Marine Corps Reserve”, 1966, and a “Saga of the Philippine Marine Corps”, 1970. My service with the CIA included covert intelligence operations and para-military activities training Chinese guerilla units among others. My USAID service as a Rural Development Deputy included developing a major program of Philippine Governmental Assistance. I spent two years as a project manager of a fifty million dollars (US) typhoon recovery program that included building 1500 school buildings – mostly in rural areas. My assignments in Vietnam included duty as the USAID Provincial Advisor in Binh Dinh, Vietnam coordinating with both the provincial government and the Army of Vietnam, and military advisor to the II Corps. In addition, I was designated as a senior advisor to the Vieng Tao Rural Training Program by the U.S. Ambassador to Vietnam. Bien Dinh was a focal point of Viet Cong occupation and I was involved in various military exercises there. I was personally decorated by the President of the Government of Vietnam (GVN) in the field for my activities and bravery. These awards included both the Medal of Honor, 1st Class GVN in 1967, and the Cross of Gallantry with Silver Star, GVN in 1965. After returning to the United States, I moved to Florida and later to Northern Virginia. My six children were born to my first wife Lorraine Mavis Kriegel and are Robert Vivian, Jamie Dee, Richard Charles, Timothy DeWitt, Janice CoraMae, and Bruce Whitney. My wife Lorraine Mavis passed away September 11, 1983, and I subsequently married Helen Swinnerton January 31, 1987 and enjoyed my remaining years in retirement.

The family of Col. Richard Charles Kriegel created this Life Tributes page to make it easy to share your memories.

This is the testament of Col Richard Charles Kriegel, Jr. I was...

Send flowers to the Kriegel family.