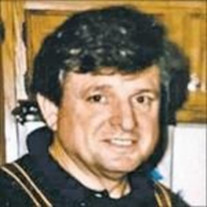 Robert Louis Bousman, (AGE 82) Robert Louis Bousman, 82 of Leesburg, VA passed away peacefully in his sleep, Friday, July 2, 2021. He was born on February 22, 1939 in Washington, DC to Woodrow Wilson Bousman and Louise Carl. Survivors include his wife, Carolyn Olney and three children: Brent Carl, Marcey Lynne, and Kevin Wade. He was "PaPaw" to three grandchildren: Eliott Hahn and Sallie Louise Sledd, and William Bousman; Bob's sister Lynn and husband Bob Riggs of California and many extended family members. "Bob" graduated from Fork Union Military Academy where he played several sports and was a successful marksman. In the summers, he lifeguarded at Washington Golf & Country Club. Bob was educated at the University of Virginia, earning a B.S. from the Commerce School becoming a lifelong, dedicated Cavalier. He was an officer for the Student Aid Foundation and an active Theta Delta Chi brother. During his time in Charlottesville,VA he worked at the famed "Eljo's" men's clothing store establishing his dapper dressing style. Bob married Carolyn Olney in September 1959 and they have celebrated 61 years of love and devotion. After spending time on Wall Street, he began his investment career with Hornblower & Weeks in 1967 on Pennsylvania Avenue. Over the years, Bob moved offices from DC to Tysons Corner, VA as a Senior VP, eventually settling in Leesburg, VA. He finished his career with Capital Securities in 2015. Bob was active in his community with various organizations including the Purcellville Rotary Club as the Sergeant of Arms. He enjoyed many of their activities including his most favorite, caroling, to fundraise during the holidays. He was an active member of the Purcellville Golf and Country Club. During his life, he enjoyed racing cars, tennis, traveling, hunting, and entertaining - especially at annual hunt dinners. He was a famed story and joke teller, harmonica player, and yo-yo magician. When misbehaving as "PaPaw", he entertained the grandchildren by reading them color-comics or the Wall Street Journal, held bubble-blowing contests, tickling "noogie", assembling toys without using directions, or telling "fractured fairy tales". He was a fan of the Redskins, the Nationals, and all UVA sports. Bob never met a stranger. He was deeply loved and he will be dearly missed by family and friends. The family will be holding a memorial service at the Loudoun Funeral Chapel, 158 Catoctin Circle, SE in Leesburg, VA on July 23, 2021 at 2 p.m. In lieu of flowers, the family requests that donations be made to American Cancer SocietyIn lieu of flowers, the family requests that donations be made to American Cancer Society.

The family of Robert Louis Bousman created this Life Tributes page to make it easy to share your memories.

Send flowers to the Bousman family.