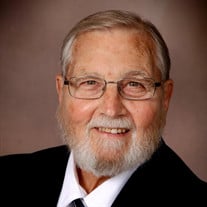 Ronald Joseph Thurman age 81 of Ashburn, Virginia died at INOVA Loudoun Hospital on Tuesday, September 14, 2021, after a lengthy illness. Born on June 23, 1940 in New Orleans, Louisiana, Ron was preceded in death by his parents Joseph Edward Thurman and Cora Borey Thurman. He is survived by his wife of 60 years, Jane “Jill” Terry Thurman, a daughter Janet Thurman Walter, grandchildren Alexander (Isabel), Thomas (Amanda), George, and Sarah Walter, and a great-granddaughter Alexandra. Ron is also survived by his sister Gloria Rohm of Louisiana and a host of nieces, nephews, and cousins. Ron grew up in the Lakeview section of New Orleans, attended St Aloysius High School and Tulane University. He was an active member of St. Edward the Confessor Parish in Metairie, Louisiana for 34 years. He lived, worked, and enjoyed his life in the New Orleans area until 2006. After Hurricane Katrina, he and his wife moved to the Northern Virginia area to be closer to their daughter and grandchildren. After moving, he fostered many new friendships with the 50+ club at St John Neumann Parish in Reston, Virginia. Although he moved to Virginia, New Orleans never left his heart. He was a life-long New Orleans Saints fan, he loved the city, the people, the food, and the culture and passed along that love to his extended family and friends. A funeral mass to celebrate Ron’s life will take place at noon on Saturday, September 25 at St. Theresa Catholic Church, 21371 St. Theresa Lane, Ashburn, Virginia. Visitation begins at 11:30am. A reception will follow. A second memorial service will take place for his family and friends in the New Orleans area at a later date where Ron will be finally brought home to his final resting place in his beloved hometown.

The family of Ronald Joseph Thurman created this Life Tributes page to make it easy to share your memories.

Send flowers to the Thurman family.