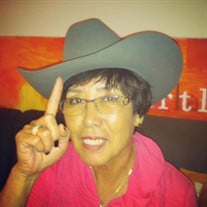 Suk Cha Boehm passed away surrounded by her family on Wednesday, January 9, 2019 at the age of 74. Sue was born on September 17, 1944 in Seoul, Korea to Jung Hee Yu (mother) and Hee Yul Yu(father). She married on January 8, 1968 and after living briefly in Japan, California and Maryland, Sue moved to Alexandria, Virginia and made it her home for over 40 years where she raised two daughters, Kimberly Sue and Cyndie Lou. Sue became a hairstylist in the late 1970’s and worked at Picasso Beauty Salon where she eventually took over ownership in 1990. When she sold her salon, her clients followed her to her new place of employment, some of them having been with her as long as 40 years. Throughout her career, Sue would often visit her clients at their homes, hospitals or nursing homes to wash and style their hair to make them feel better. She also would do her beloved clients’ hair after they passed away for viewings because only she knew how they liked their hair to be done. Sue’s passions were cooking, exercise and nature. She would often combine the latter two by going for walks at her favorite Huntley Meadows Park. When she was 16, she almost drowned, was saved by a stranger and was too afraid to go back in the water again. At 70 years old, she secretly hired a swim coach for private lessons so that she could surprise her family at the pool on their vacation in Hawaii the following year. She was known for her unique observations flooded with comedic commentary, being a shrewd businesswoman and enjoying a nightcap of scotch on the rocks every night. Sue is survived by her daughter Kim Wagner and son-in-law Chad Wagner of Ashburn, VA, her daughter Cyndie Lou Boehm and son-in-law Wade Karlin of Brooklyn, NY and her beloved granddaughter Samantha Wagner. A celebration of her life will be held on Saturday, May 18, 2019 at Mt. Comfort Cemetery, 6600 South Kings Highway, Alexandria, VA at 2 p.m. As Sue spent decades donating to various causes, the family suggests sending memorial contributions to the charity of your choice as an expression of sympathy.

Suk Cha Boehm passed away surrounded by her family on Wednesday, January 9, 2019 at the age of 74. Sue was born on September 17, 1944 in Seoul, Korea to Jung Hee Yu (mother) and Hee Yul Yu(father). She married on January 8, 1968 and after living... View Obituary & Service Information

The family of Suk Cha Boehm created this Life Tributes page to make it easy to share your memories.

Suk Cha Boehm passed away surrounded by her family on Wednesday,...

Send flowers to the Boehm family.