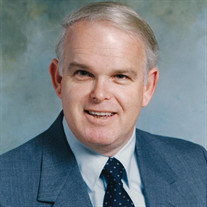 Wayne Mills, age 81, of Leesburg, VA, passed away peacefully Monday, October 19, 2020, at his home. He was born, September 20, 1939 in Charlestown, West Virginia. Wayne was the son of the late Paul D. and Virginia M. (Hindman) Mills. Wayne is survived by his only son, Jeffrey (wife Tina) Mills of Fort Ashby, WV, grandchildren: Joseph Mills of Sterling, VA and Sarah Mills of Sterling VA, step grandchildren: Shayla (husband Matthew) Fazenbaker of Lonaconing, MD and Greg Edens of Hagerstown, MD. Wayne graduated from Harpers Ferry High School in 1957. He then obtained his Bachelor's degree in Physical Education from Shepherd College in 1962. Wayne completed his education with his Masters Degree in Administration and Supervision from the University of Virginia in 1968. He began his teaching career at Moorefield High School and 1 year later joined the educational team of Loudoun County. He served Loudoun County as a principal, opening multiple schools during his career. Wayne spent the next 40 years doing what he loved most as part of the dedicated educational team of Loudoun County. In 1998, Wayne received The Washington Post Distinguished Leadership Award. Since retirement, Wayne enjoyed woodworking, yard work, spending time with his beloved wife Susan, dear friends, former co-worker’s and his family. He will forever be remembered for his kindness and inspiration in the many lives he's touched. A memorial service will be held at a future date due to the COVID-19 pandemic. In lieu of flowers, the family requests donations be made in honor of his late wife to the Loudoun breast Health Network, P.O. Box 6154, Leesburg, VA 20178 or a charity of your choosing.

The family of Wayne C. Mills created this Life Tributes page to make it easy to share your memories.

Send flowers to the Mills family.